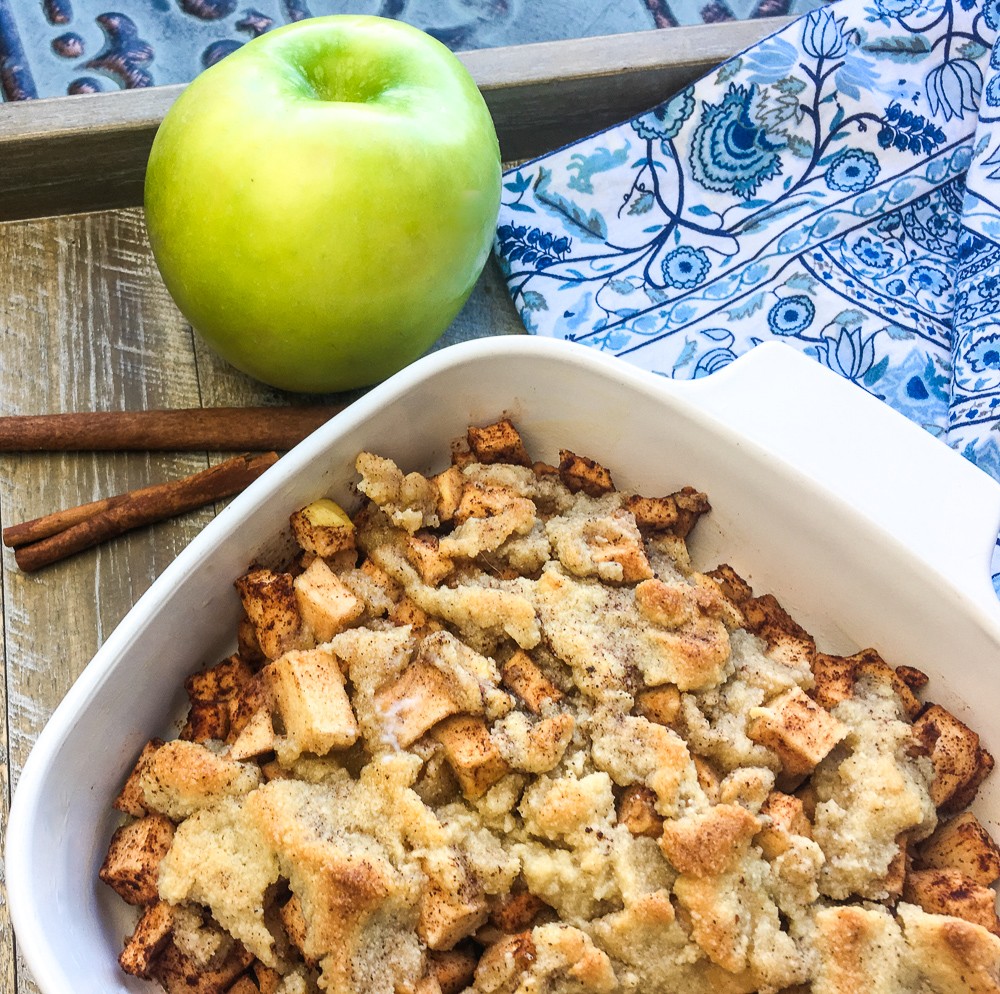 This 5 ingredient baked apple dessert is easy to make and 100% dairy free. It makes a tasty vegan alternative to the traditional apple crisp recipe.

Preheat oven to 350°F and lightly grease a small baking dish with a little coconut oil. Set aside.

Toss the apples with the cinnamon and a tablespoon of maple syrup and pour into the prepared baking dish. Spread apple mixture into an even layer and set aside.

In a small bowl, combine the almond flour, melted coconut oil, and remaining maple syrup. Stir to combine thoroughly, then evenly spread the mixture over the cinnamon apples.

Place in the pre-heated oven and bake until the topping is golden brown and the apples are tender, approximately 25 - 30 minutes. Remove from oven and cool for a couple minutes before serving. Enjoy! 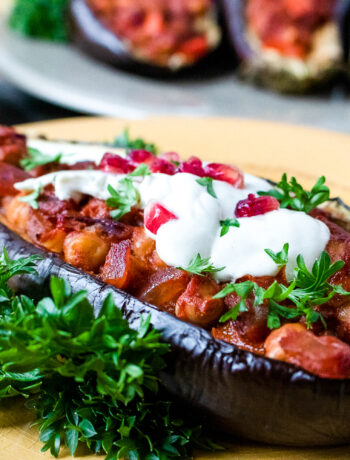 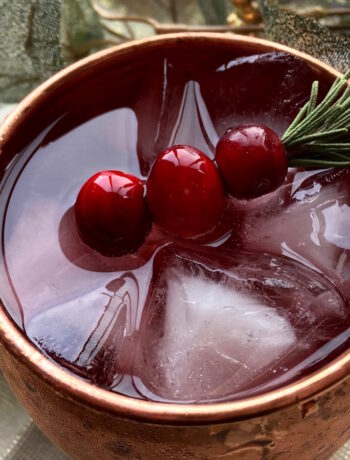 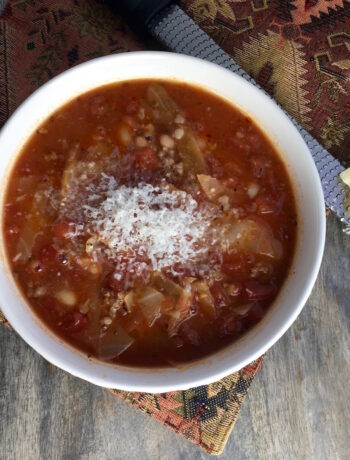 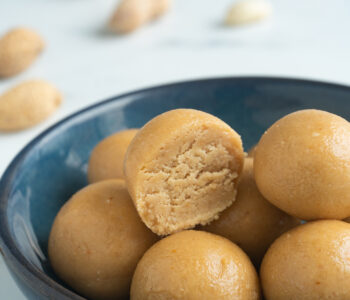 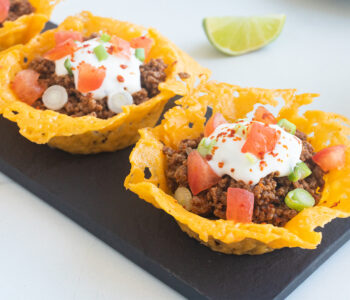 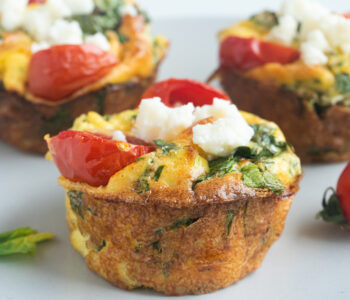